OCEANSIDE – Tragedy struck this week as a single-vehicle accident claimed the life of a 55-year old from Oceanside. Police have not yet determined the cause of the crash, which took place on an I-5 flyover, but said that there were two other occupants in the vehicle, both of whom seemed to escape serious injury. Unfortunately, the driver of the vehicle passed away at the scene before medical personnel could evacuate the injured party to a hospital.

Authorities stated that they did not believe alcohol, a serious problem on the roads in 2020, was a factor in the tragic crash. According to the police, San Diego County has had approximately one DUI-related crash involving fatalities every week for the past five weeks. Since the start of the summer in June, fatal crashes are up more than one third over the same period last year. If something doesn’t change, that will make 2020 one of the deadliest years on the road for San Diego drivers, even as COVID-19 keeps many at home.

The effects of a car accident in San Diego can be long-lasting, not only in terms of physical injury but in the mental anguish and emotional damage inflicted, too. That’s especially true in the case of fatal car crashes. Such troubles could lead to the loss of enjoyment of life, lost wages, and other potential damages — damages for which you may be able to receive compensation. Depending on the circumstances of the crash and who was at fault, you may be able to make a claim for a recovery.

To increase your chances of success, speak to a car accident attorney about your case as soon as possible. Follow the advice of your doctors, keep good records, and schedule a consultation to discuss the facts of your case soon. 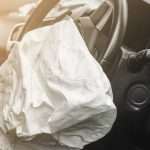 What You Should Do if You Have Been Involved in a Car Accident
September 16, 2021Elliott

The 4 Dangers You Should Know When It Comes to Representing Yourself at a Personal Injury Trial
September 15, 2021Elliott 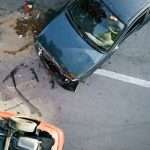 What You Should Know If You Were a Passenger in a Car Accident
September 14, 2021Elliott