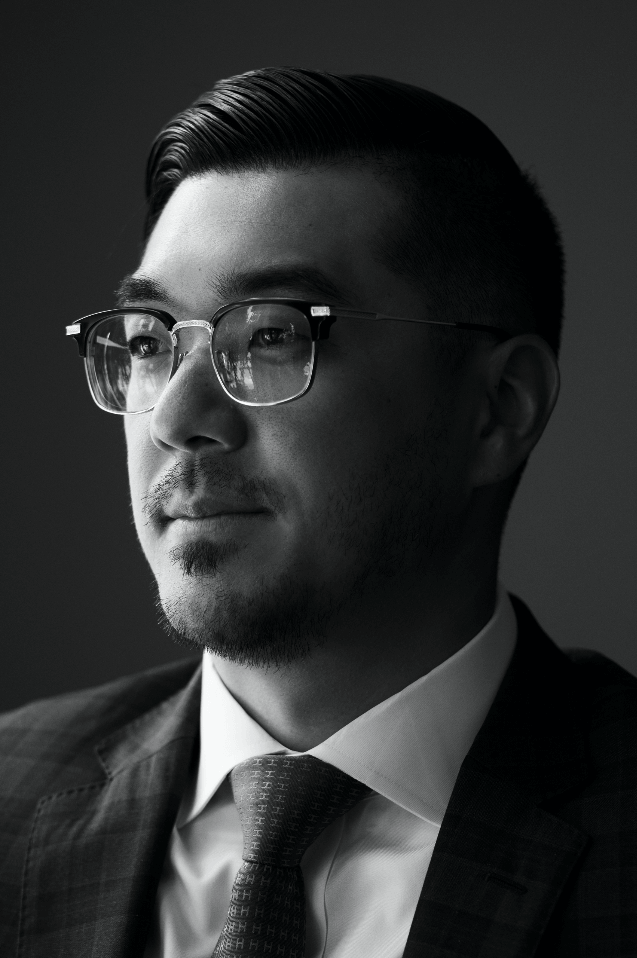 Elliott H. Jung is one of the founding partners at HHJ Trial Attorneys. He specializes in helping people that have been involved in serious injuries, brain injuries, and sexual assaults. He has dedicated his life to standing up for those that have been involved in catastrophic injuries or have been wronged and retaliated against in the work place. His efforts have been recognized by his peers and he has been selected as the Top 2.5% of attorneys in his field by Super Lawyers.  He has also been recognized as the Top 40 under 40 by the National Trial Lawyers as a personal injury attorney. Since the inception of HHJ Trial Attorneys, Elliott has helped recover millions of dollars for their clients that have been injured.  Most recently, HHJ Trial Attorneys was recognized by the San Diego Union Tribune as the “Best Litigation Firm” in San Diego County.

All of Elliott and his firm’s recognition have been received due to their expertise in jury trials.  For almost a decade, Elliott has focused his skills on doing jury trials, so that he can be the best injury attorney in the courtroom every time that he has to step in the arena for his clients.  His focus and skill have allowed his clients to settle their personal injury and employment cases for the full value before they ever have to reach a court room.  His opponents and defense attorneys know his reputation in the legal field as an attorney that is willing to go to trial for any client that does not receive a fair resolution.  Even at his young age, Elliott Jung has tried more than 50 jury trial cases to date.  His ability to be a commanding and effective presence in the courtroom has allowed him to receive the respect of his opponents, his peers, and the bench.

Elliott is driven by his past and his experiences with his family. He is the son of immigrant parents, his drive to help people in need is largely due to this identity.  His upbringing poised him to fight with conviction and to break through many cultural differences and societal barriers and to serve as a fierce advocate for the voiceless. The tenets of who he identifies as motivated Elliott to attend law school. While at Southwestern Law School in downtown Los Angeles, he found a greater love for the courtroom and reinforced purpose.

Elliott found his advocacy skills come to life in the courtroom and that made him stand out. He interned at the Los Angeles District Attorney’s Office Appellate Unit. There he had a rare opportunity to argue cases in front of a panel of three judges. He was chosen to work for the Honorable Mark E. Windham and handled a variety of criminal matters assigned to him by the Judge. After working in the State court system, he was also handpicked for a competitive position working for the Honorable Ronald S.W. Lew, Senior United States District Court Judge for the Central District of California. While in that position and while solely working on civil cases, he gained insight about how judicial decisions are made. His progression from working behind the bench and into a position of advocacy landed him an opportunity to work for the Federal Public Defender’s Office during his last year of law school.  There, Elliott was involved in defending Federal drug smuggling cases and high-profile fraud cases brought by the United States Attorney’s Office.

Academically, during his time in law school Elliott was accepted into a highly coveted honors program.  Only 16 members of the entire law school were selected. Additionally, he served as a member of the Trial Advocacy Honors Program and competed in trial competitions against other prestigious law schools nationwide. He received the merits of 1st place in the region at the American Bar Association’s Labor and Employment Trial Competition and thus began his journey towards his status as a premiere trial attorney.

Every year, Elliott strives to improve his skills as a trial attorney and attends local and national trainings. Elliott is a graduate of Gerry Spence’s Trial Lawyers College which is considered the most prestigious and selective trial advocacy college in the world. He takes pride in supporting other attorneys with their cases and assisting them for both pre-trial and trial work. He continues to learn and continues to teach others how to be an effective and dangerous voice in the courtroom.

Elliott’s strong belief in relentless advocacy continues to grow and now spans from seeking justice for his clients into giving back to new generations of attorneys. He was invited to teach as an adjunct professor at California Western Law School. He teaches the school’s main trial skills program. Elliott also coached law students to compete in local and national trial competitions against other prestigious law schools.

Elliott also spends his time giving back to the community by providing pro-bono work as a part of the San Diego Christian Legal Aid Society.  He also empowers the Asian American community by sitting as a board member of the Asian Cultural Media Alliance, which is a non-profit organization that encourages and furthers the addition of Asian Americans in the film industry.